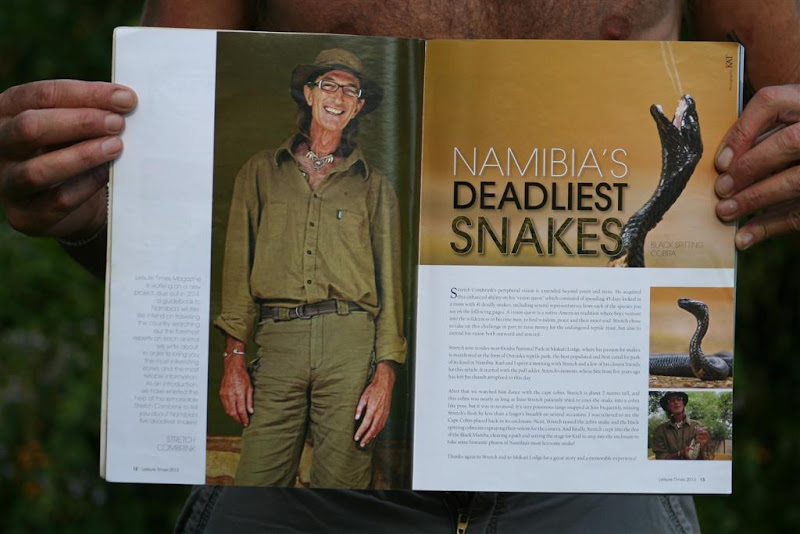 Stretch Moonman visited a few times while I was up North - here he displays a magazine article about him and Namibia's Deadliest Snakes. 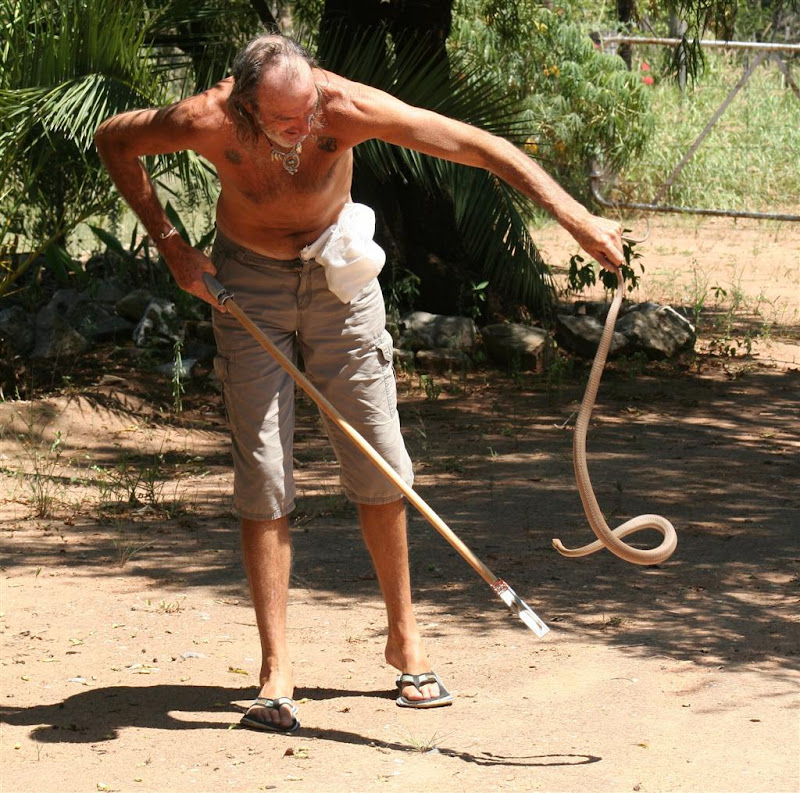 Stretch catches a female Boomslang at my home where they are common residents. 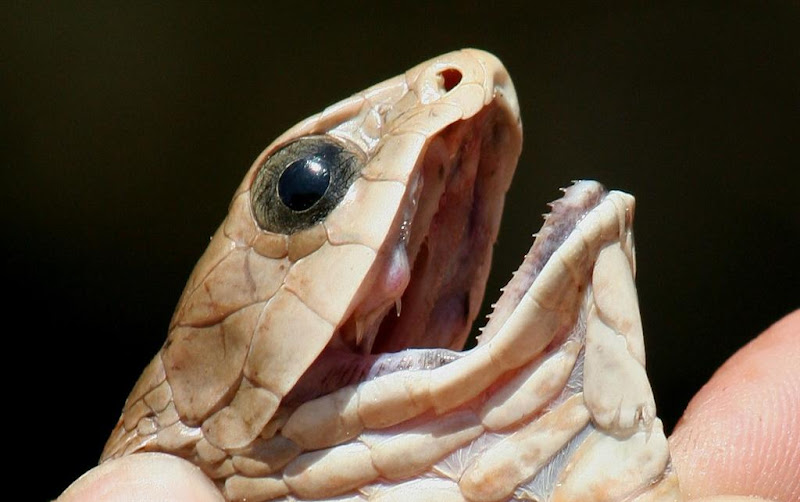 A close-up of the Boomslang's large eyes and mouth, showing two sets of deadly back-fangs.

The venom is potently haemotoxic and can lead to human deaths if not treated with a specific anti-venom. Fortunately the Boomslang is a rather shy snake and is reluctant to bite.

After Stretch released it, it sped away and disappeared quickly into the long grass. 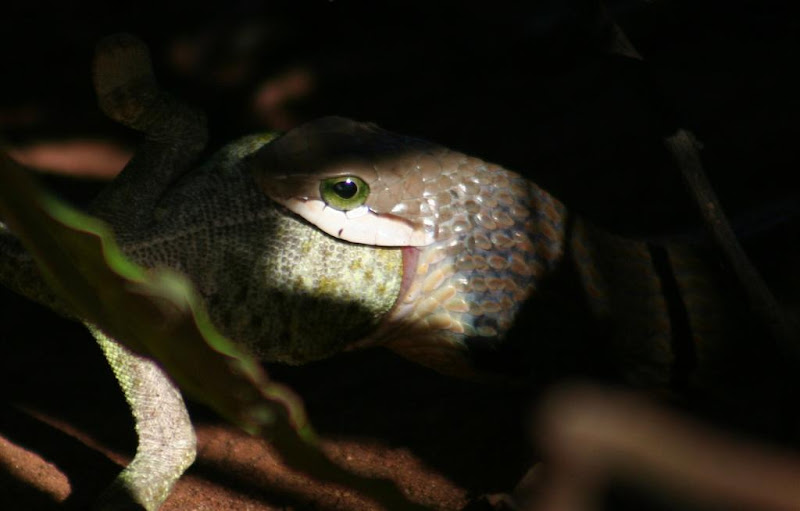 I ruined a great photo-op because I didn't check my camera settings - a Boomslang swallowing a Chameleon.

After the snake had bitten the Chameleon, the hapless creature turned black and died within a matter of minutes - above is one of the few pics I was able to salvage. 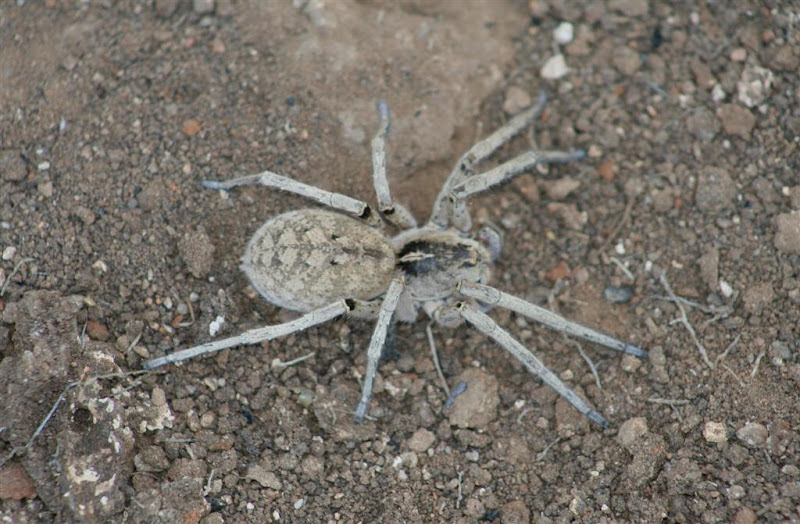 I was amazed when I found this massive spider under a large water tank which I had moved - the first time I've seen one of these creatures. 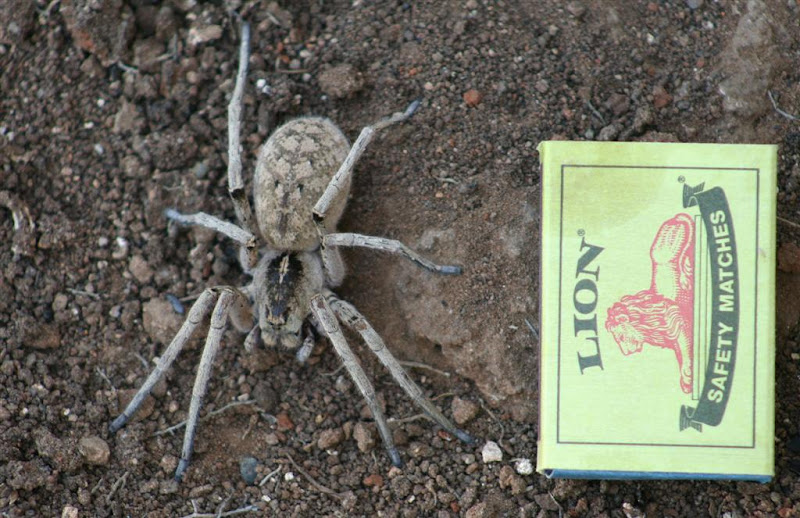 I placed a matchbox next to it in order to show the size of the Spider - when I'd finished photographing it, I picked it up (with a shovel) and placed it under some corrugated sheeting, safe from predatory birds. 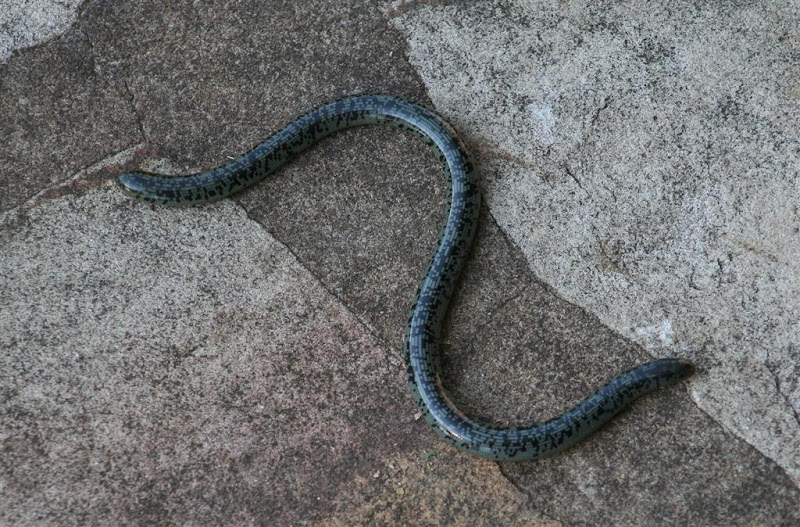 I found this tiny snake on the patio - it's probably about 15cm long (6 inches) - I'm not sure whether it's a Beaked- or a Typical Blind Snake - these snakes spend most of their lives underground and feed on ants and termites. 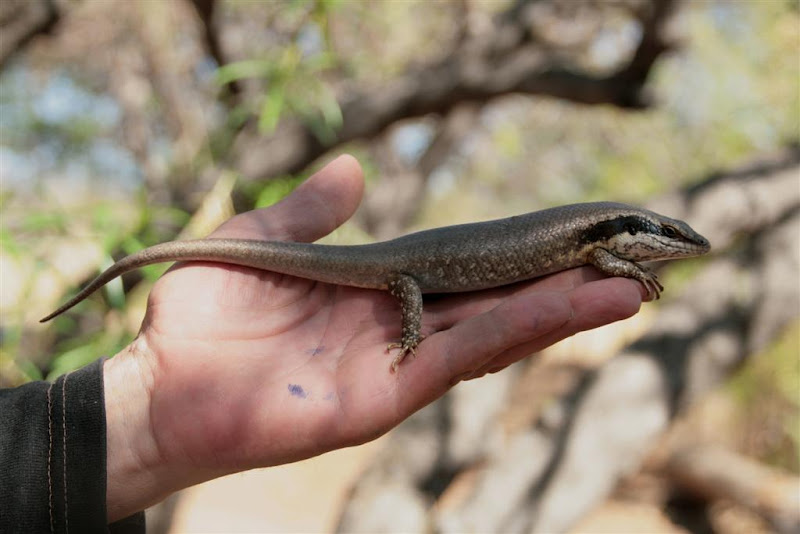 I loaded some building rubble onto the pick-up and transported it to the dump site near town. When I arrived at the site a group of men, who make a living off the dump, ran up and started unloading the junk, looking for salvageable items.

I heard a commotion from the men who had found this Stowaway amongst the rubble in the back of the vehicle - they were about to kill it but I stopped them, telling them that it was my Friend and that I would take it back home - needless to say, they looked at me strangely as they muttered amongst themselves and shooed it to the front of the Pick-up.. 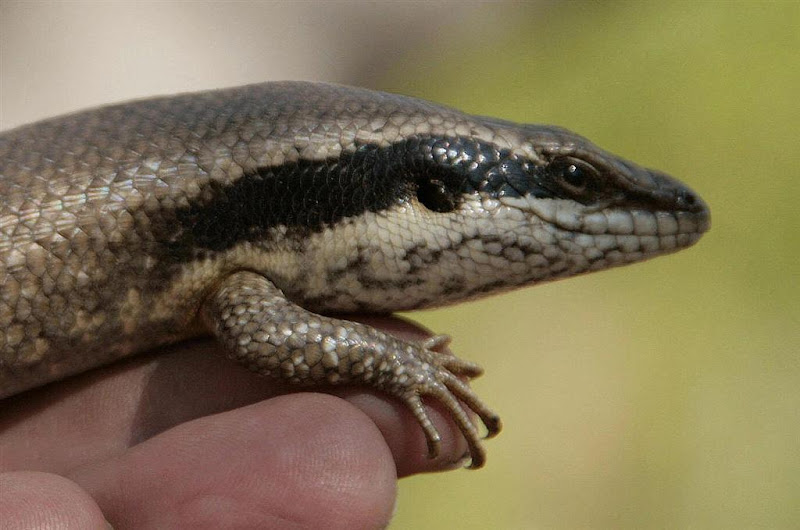 The beautiful stowaway is an Ovambo Tree Skink and when we got home it allowed me to pick it up and transfer it to a safe spot - pics by Nadine. 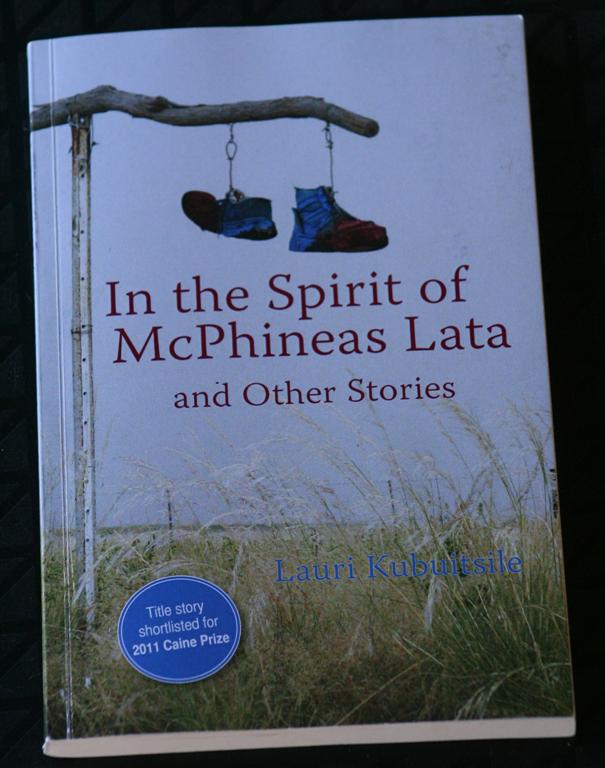 My blog buddy, Botswanan Author Laurie Kubuitsile sent me a copy of her intriguing book 'In the Spirit of McPhineas Lata and Other Stories'.

Laurie and I had come to an arrangement whereby she used one of my pics, taken from a blog post, on the cover of the book.

I felt so chuffed and proud - almost as if I'd written the stories myself ... :)